Fishing Report – A morning with the Ontario Fishing Guys 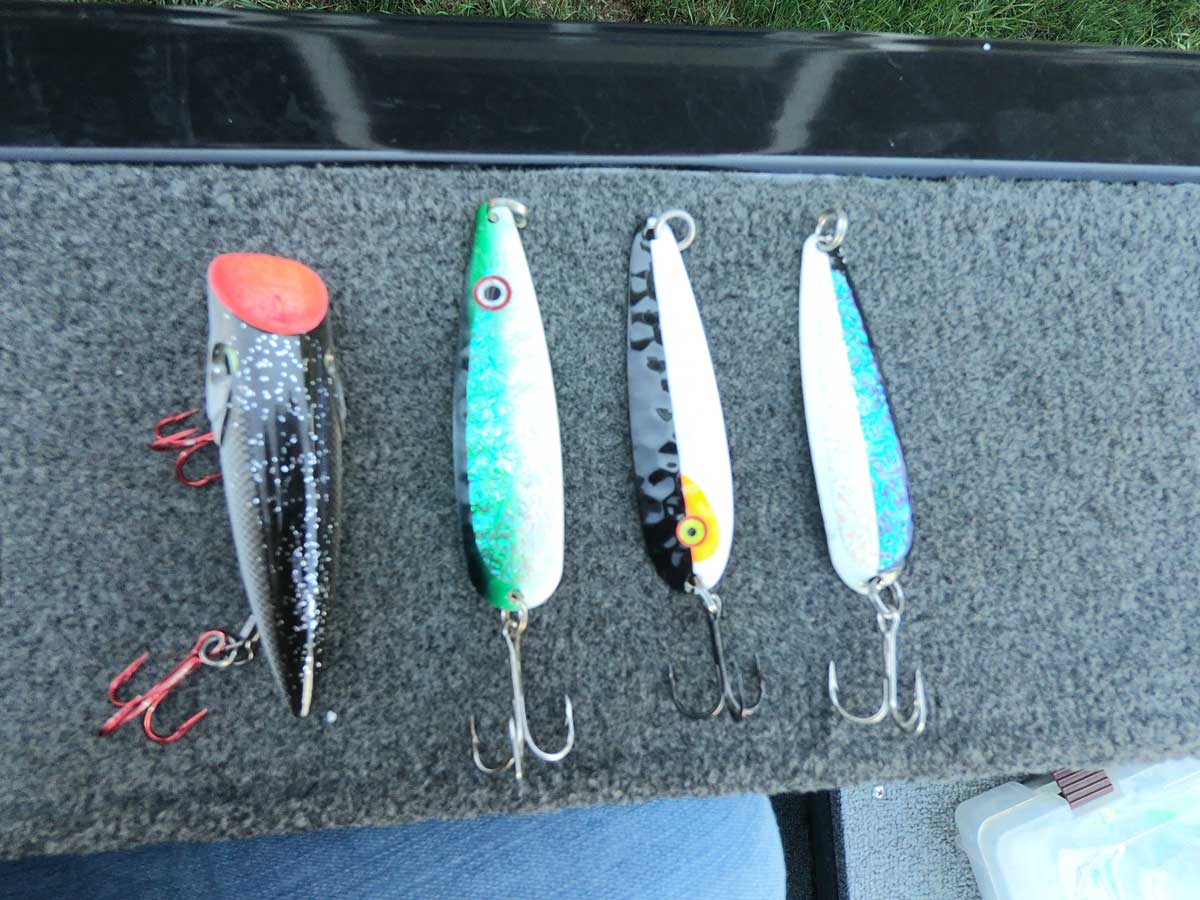 Like most Saturday mornings for the past 2 months, Bone and I were out on the water before sunrise, the only difference this time was the location, Michaels Bay. It was time to make the switch. Two boats launched just before us and proceeded to fly out to the mouth of the bay. We puttered out of the mouth, found 10 feet of water and proceeded to nail a salmon within 3 minutes on a black and white new plastic Lyman, which I have found to work fantastic by the way.

This is nothing special, the salmon are in the bays every morning and evening and have been since early July. This is the way it was 30 years ago, and this is the way it will be in 30 years. The sooner fishermen understand this the sooner they will catch more fish. For the last 2 years, I have harped on this, I am not telling you how to fish, just suggesting how to catch more fish.

We trolled for the next 20 minutes steadily making our way to the passage between the island and the point in search of deeper water. I had one more strike in the process and as the sun finally rose it was time to move out and troll the eastern side of the rocks.

We quickly found the 50’ of water we were looking for and set up. Off come the plugs and on go the spoons. Bone went with the trusted combo of 80s black and white NK deep with Warrior green alewife high and I mixed it up a bit and ran a black and white Osprey deep and a Dreamweaver Michael Jackson high.

Our troll lasted about 5 minutes when my Osprey sprang to life, I had made the right choice! Following a scrappy 10-minute battle we had salmon number two. A beautiful football shaped king that certainly looked very well fed was in the boat and I was 2 for 3 in 50 minutes.

With two beauty’s in the box it was time for our morning entertainment, on goes the Marine radio.

Over the next 2 hours, we lost a few fish, caught (and released) lake trout and small salmon and listened to the marine radio until it was time to head home. Bone had yet to catch a decent salmon so I decided to run the 70’ shoal out from Advanced Reef and then troll in.

Bone uttered his favourite line when the fishing is slow “Come on you chiselled face bastards” as he dropped the old 80s Black and White NK down. 10 minutes later it roared to life and Bone was on the board with a solid little 10lb chinook that was to be afternoon BBQ fare.

With the first two weeks of the MESC 2018 in the books, the battle will be fought in the bays during the next two weeks, at least in the early morning and in the late evenings. Grab your favourite plugs, your blackest spoons and follow me.